A1 Passport can get your U.S. passport fast— within 24 hours in urgent conditions, depending on the urgency of your travel date and our appointment availability. 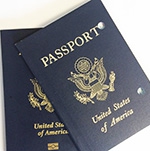 Click here for services if you have never held a U.S. passport.

Click here for services for those under the age of 16 years old. 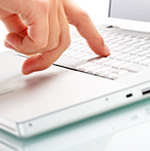 Report your loss immediately and then click here to start new. 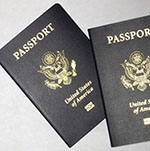 Click here if you believe you may be eligible to hold two U.S. passports at the same time. 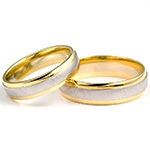 Click here if your name changed or you need an amendment due to error. 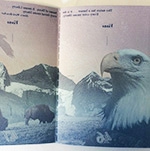 Click here if you travel often and need room for visas and entry/exit stamps. 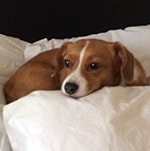 Click here if your passport was mutilated or badly damanged. 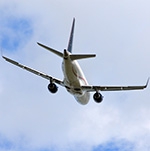 A1 can’t help with non USA passports; contact consular services at your embassy/consulate.

A PRIMER ON U.S. Passports

A U.S. passport is arguably the most precious document in the world, and certainly one of the most coveted. Click below and we’ll go over the U.S. passport’s history, what a passport does, and demystify some of the jargon you may have heard about the newer biometric U.S. passports.

Did you know that the history of United States passport, or “U.S. passports” begin with the birth of our great nation? It’s true. American consular officials first began issuing passports in 1775–1783 during the War for Independence.

America continued to innovate and improve upon its passport over the years. The United States was the first country in the world to introduce machine-readable passports in 1981.

The modernization and improvement to the passport book doesn’t stop there, either. In particular, the biometric passport book, issued in 2007 and beyond, has been praised for its synthesis of the paper and electronic medium. Welcome to the digital age!

We’ve covered history and biometrics, but it’s crucial to understand what a passport actually does. A passport identifies the holder (you) as a citizen of the issuing country, and respectfully asks that he or she be allowed to enter and pass through the other country without tarry. The U.S. passport also requests further that, when and if appropriate, the bearer be given help that is consistent with the international norm (i.e. “lawful aid and protection,” should the need arise).

There are so many reasons to travel abroad in our globalized world, whether it’s for business, pleasure, or academic pursuits. According to Harvard University, “studying in another country gives you incredible experiences, makes you a more informed and empathetic global citizen, and creates lifelong memories.” Even if you don’t have travel plans, every eligible citizen and non-citizen national of the United States of America should have his or her passport as an identity document.

U.S. passports are issued exclusively through the U.S. Department of State. And only certain registered companies, such as A1 Passport & Visa Express, can act as emissary on your behalf.

A1 Passport & Visa Express is registered and licensed with the Washington Passport Agency to hand carry your documents for prioritized processing without an appointment. Simply click on the type of service you require above.

Why a passport matters:

"The U.S. passport is the most valuable identity document in the world as it establishes American citizenship and allows its bearer access to virtually every country in the world."
~The Office of Website Management, Bureau of Public Affairs, U.S. State Department

"A passport from a country on good diplomatic terms with its peers is a powerful tool, allowing holders to travel across borders with ease ... Developed countries with advanced economies fare the best. Tied for first place are U.S. and U.K. passports, which give holders access to 147 countries."
~Sophia Yan, CNN Money